We love to embrace winter and the opportunities it presents. Tobogganing, snow tubing, hockey, skating, curling 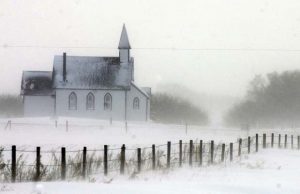 I pridict that in the the last chapter called Author that it will tell us information about the author and where he lives and where he writes other than his house.

I like when the BFG was on his 72th dish. I like that he was on a piano eating.I like when Sophie was in the BFG’s ear.I like that the BFG stores dreams.I wonder if the BFG will take the Queen to the giants town.

My favorite part in the book is when Sophie goes in the snooz cumber to hide from the Bloodbottler. When she reacted to the BFG in the town on the special night. I also like how Sophie hid under her covers to hide from BFG. #GRABFG

Today me and my class did a Mystery Skype.We did it with U.S.A. school it was so cool. we won the Mystery Skype call then they had to guess were we lived.

On the first day of the school me and my class was trying to pokeballs with our name on it! Then on the 2nd day we did our normal route with ELA,math,lunch,social,and home time! On Friday we were making real pokeballs!

Kelvington will never be the same
Chapter 1: Kelvington
One day I was walking down the street. Meanwhile flash was putting more evil lucky blocks down.
Chapter 2: 3 Super Lucky Blocks
I opened a lucky block then Kelvington turned to candy. I opened another one I was given another normal lucky block. I opened another lucky block I was given a mansion.
Chapter 3: 1 Normal Lucky Block
I opened it Kelvington turned to normal.
Chapter 4: 2 Unlucky Blocks
I opened one then A DRAGON CALLED THE QUEEN came out I ran for my life. Then I opened another one ANOTHER ONE CAME OUT CALLED THE KING
Chapter 5: 1 Normal Lucky Block: Part 2
I opened it gave me one more SUPER LUCKY BLOCK
Chapter 6: Its Time
I opened it gave a giant sword it could touch the fish tank from the other side of the wall it’s called THE ROYAL GAURDIAN SWORD AND ARMOR CALLED THE ROYAL GAURDIAN SET
Chapter 7: G-G-GHOSTS
I slayed them ALL!!!!!! But wait ghost dragon of them came out then the whole WORLD TURNED DARK everybody was GHOSTS
Chapter 8: NO HOPE
I saw this in a book at school it said to ‘’ you have to go to the GYM of R.M.E.S. then to say ‘’I summon god Jesus’’ then put the book in a middle circle of the GYM then everything turns to normal’’

Chapter 9: Little Hope left
I got to the Gym I said everything I had to say then it happened everyone turned normal and the dragons turned to normal then the school collapsed I ran then something was on a red thing on my arm appeared then I turned to a red dragon human then it told me to say ‘’JUGGERNAUT DRIVE’’ then I said it I turned to a giant red dragon human thingy.
Chapter 10: Lots of Hope left
I was running to the dragons then I had visions I saw this thing Im controlling I saw it fought these dragons before and LOST. Then in my vision I saw it turn to red to dark then the other 3 dragons souls was locked up in my right arm. But wait there are only 2 DRAGONS this dragon turned dark then a red soul went in my soul I was A DRAGON.
Chapter 11: 1 Down 1 More To Go!!
I reached THE QUEEN I punched the dragon then a sword came out of my hand. After 29 more punches THE QUEEN was defeated. Then her soul went in my hand then I was stronger.
Chapter 12: THE END
After I defeated THE QUEEN then THE KING turned dark he was SUPER MAD. After 100 punches he was defeated then his soul went in my awesome new dragon arm then the dragon also went in my arm Im now Im a dragon!!!

Tom and the three trolls [FINESED]